National Lampoon’s all-new comedy musical, Lemmings: 21st Century, which was slated to debut for this weekend, March 14 and 15, at Joe’s Pub in New York City, has been postponed due to the growing concern surrounding coronovirus. It was announced today by President, National Lampoon, Evan Shapiro.

“Unfortunately, a few members of our Lemmings team have come down with what we hope is an average winter cold. However, out of a preponderance of caution, and a deep love for our Artists and our New York City audiences, we will be postponing our premiere of ‘Lemmings: 21st Century’ until we all get though this current global health crisis,” adds Shapiro. “I’d like to thank our amazing cast, creators and our partners at Joe’s Pub for being so amazing.”

New dates for the performance have yet to be announced. 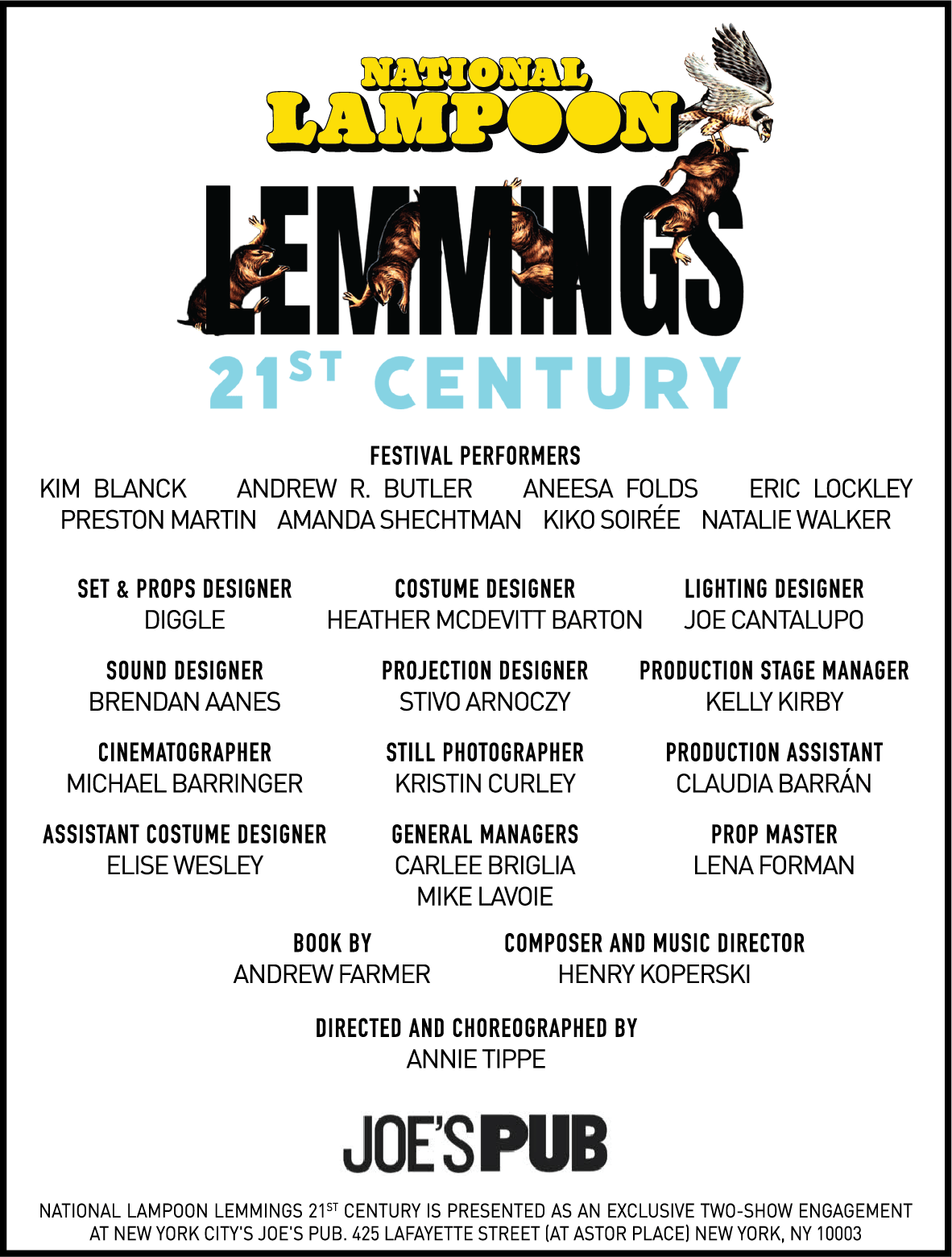 Out of a preponderance of caution and a deep love for our artists & NYC audiences, we’re postponing our premiere of ‘Lemmings: 21st Century’ until we all get through this current health crisis.

This team & show are amazing.

We can’t wait for you to see them!